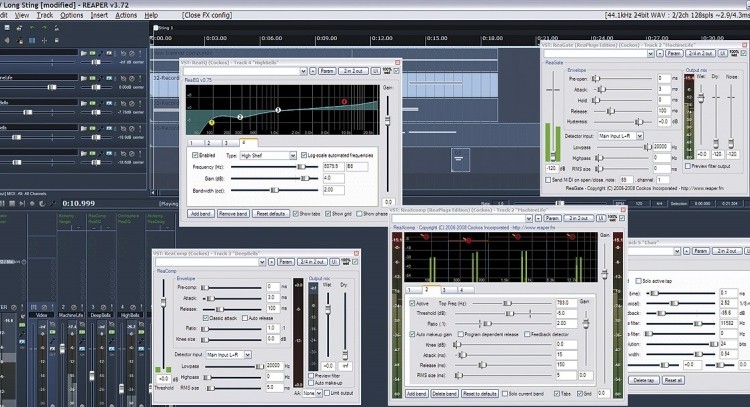 If you make music at home on your computer, it`s likely that you have a plug in folder full of software. Things that have been downloaded and that you tried a few times. You probably have a few of them that are your ‘go to’ options for compression and eq but you probably also have a whole bunch of different eqs that you might turn to depending on how you feel.

Ever find yourself slapping an effect on a track to see what it sounds like? When was the last time you used that particular effect and you already knew what it is going to sound like?

The truth is that we have access to loads of different plug ins now that are very cheap or even free. We get them all because it must be good to have as many as possible so that we have more freedom of choice when it comes to the mixing process. However, do you find that given all those choices it’s hard to choose which plugins go use? Like you can’t see the wood for the trees?

It’s no secret that the guys who are big in the mixing world have access to thousands of plug ins. You might equate big, professional sounding mixes to expensive and extensive plugin collections. To an extent you are right. What you might not realise however is that the plugins they tend to use most of the time are the same plugins, ones that they know inside and out.

So why do mixes from professionals sound much better than mine? Isn’t it the fact that their plugins are better?

No, it’s because they have had loads of practice at mixing!

A professional who has spent years honing their craft can make a great mix on cheap gear with limited plugins. Sure the result would probably be better if they used a nice treated mixing room with great monitors and top end software, but in essence the mix is as good as the engineer. The hardware and software they use has been tried and tested and they know how it works.

So when you next take a look in your plugin folder, have a think. Do I ever use most of the stuff that’s in here? Do I often get lost in having the choice of 15 different eqs? Would I be better off just having one or two that I really know inside and out?

In other words, it’s probably better to have one eq that you really know rather than loads of different eqs that you only know a little bit. The stock plugins that come with your DAW of choice are a great starting point and are really all you need to get a great mix.

The only thing that stands in your way is your ability to schedule practice time and to get good at using the gear that you already have.

Try it! On your next mix try only using the plugins that came shipped with your music software and see how good you can get it sounding by really listening and applying careful adjustments.