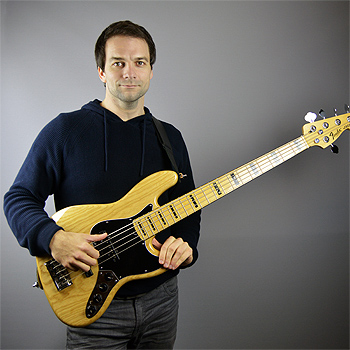 We recently looked at some ideas of how to get paid bass dep gigs. For now, imagine you have been offered some gigs with a new band/music act.. I want to focus this time on some more things you might like to do to capitalise on this, meet new people, be invited back for more and move on to different opportunities.

1. Learn the songs! It sounds obvious but if you know all the songs at the gig then the band are going to feel comfortable with you. If you turn up and blunder through the set with many wrong notes, it’s not going to look or sound great. You have to put the work in to make sure you know what you are doing. Ideally that would mean learning all the songs off by heart, but it’s usually fine to take some notes with you to discretely look at on stage.

It’s generally better these days to use a tablet on stage for lyrics or music rather than a folder or sheets of paper.

You can either transcribe parts in software which can be exported to .pdf files to be viewed at gig time, or simply take photos of any notes which you can then scroll through as the set progresses. There are many different tablet holders you can buy that attach to mic stands to secure your device in place on the night.

2. Be on time and organised. This is super important. If you are late or make things difficult for a band leader then you probably won’t be asked back.

3. Don’t go too crazy with your playing. The band will want you to fit in with them and the best way is to just play the parts that the songs need. You don’t need to be all flashy, initially just get the basic parts in time and tight and the band will appreciate this. They definitely don’t want some guy turning up and bass soloing all the way through the set!

4. Make sure you communicate. This means speaking to other band members before the gig to check any arrangement/structural issues but also non-verbal communication during the gig. Watch and listen for changes and notice if someone is looking at you. It generally means that you need to pay attention to what you are doing! As a bass player a good rule of thumb here is to watch the drummer and the singer. You should be able to get most of the cues you need from those two people.

5. Make sure your gear is working properly. Test your cables, make sure batteries are full and check your amp is working. Take spares of everything you can, and think ahead – if something in your chain stops working will you have time to trouble shoot it quickly during the gig? If you have a spare bass and room to transport it then bringing it is a good idea.

6. Be nice! Music is about having a good time. Get the job done but make sure you get on well with your new band mates. You wont really get to know them until you have played together a few times so ask them about other projects they are working on and get some banter going.

7. Speak to others in your band about their own projects. Some people might see it a cliquey, but music work is often distributed between people who have worked together and got on in the past. Getting a gig with a new band gives you a number of new connections and avenues to pursue in terms of getting work.

8. Add people and keep in touch with new musicians via social media. Share things and ‘like’ the work that other people are involved with. If you do this consistently then you will find that you aware of many more projects and opportunities that are going on. It’s like a web and you want to be in the centre of it so that you have access to and can choose the avenues that you want to pursue musically.

9. Be able to drive. If it’s difficult for you to get anywhere without a lift then the band may choose to use a different bass player in future.